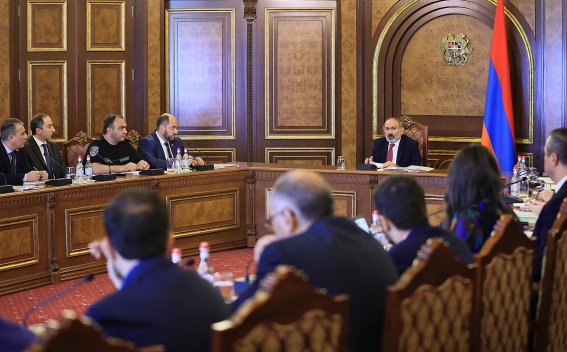 The discussion of the topics covered at the previous session continued. Reference was made to the work on the introduction of the Patrol Service provided by the Police Reform Strategy. In particular, issues related to the structure of the Patrol Service, the process of purchasing vehicles, measures taken to increase the involvement of women in the Service were discussed.

Next, the new model of territorial divisions of the Police within the framework of the Ministry of Internal Affairs that is expected to be established in the near future was discussed. Details were presented on the reorganization of regional departments, the issues related to the coordination, structure and functions of territorial divisions were addressed.

The Prime Minister noted that as a result of the Police reforms, it is expected to have more optimal structures, exclusion of same-type functions and salary increase. The Head of the Government instructed to continue the work under this logic, emphasizing the importance of the digitalization agenda and the interoperability of state bodies.

The session also addressed the implementation of the procedure for reporting traffic rules violations through the mobile application, relevant statistics were presented. The participants of the session exchanged ideas on simplification of the procedures for applying the system. In this regard, Prime Minister Pashinyan gave specific instructions.