Strikes on Ukraine Were Carried Out from Belarusian Territory: Lukashenko 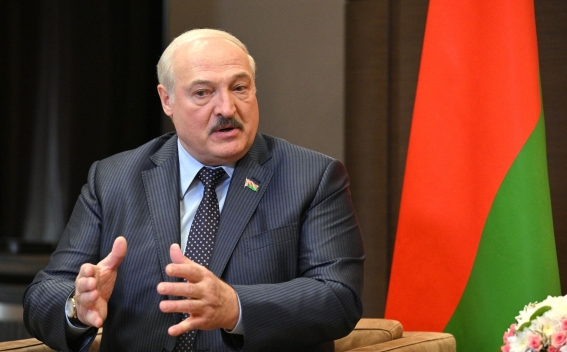 Belarus does not fight in Ukraine, either by personnel or vehicles, but strikes were indeed carried out on Ukraine from its territory, Belarusian President Alexander Lukashenko said in an interview for AFP, TASS reports.

According to Lukashenko, this was done for preventive purposes.

"Why did you deploy four divisions at the border? Why did you aim at us? Are you trying to say that I was supposed to sit idly and wait until missiles begin falling on heads of Belarusian people? No. […] The Russians carried out their strikes [from Belarusian territory] in order to secure their units," Lukashenko said, according to BelTA.

"I support Russia in acting ahead of you. Should they have missed that moment, they’d have to meet a massive strike from NATO forces, not Ukraine. It is not Ukraine fighting there now, it’s you: your mercenaries and your weapons. Look, this makes you even greater aggressors than I am," the President said.