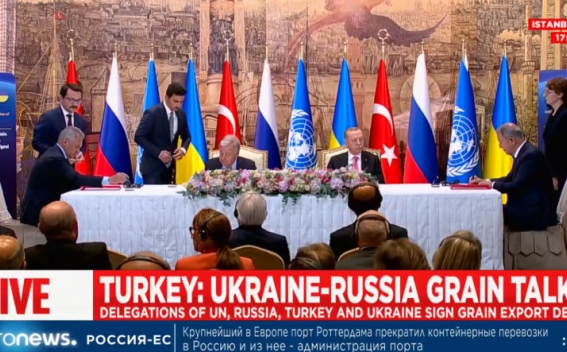 An agreement on creating a grain corridor to export agricultural produce from Ukraine via the Black Sea was signed by representatives of Turkey, Ukraine, Russia and the UN in Istanbul on Friday, TASS reports.

Turkish President Recep Tayyip Erdogan described as an historic event the ceremony of signing the agreement that took place in his residence. The ceremony was preceded by negotiations between representatives of the delegations that took place at a military facility.