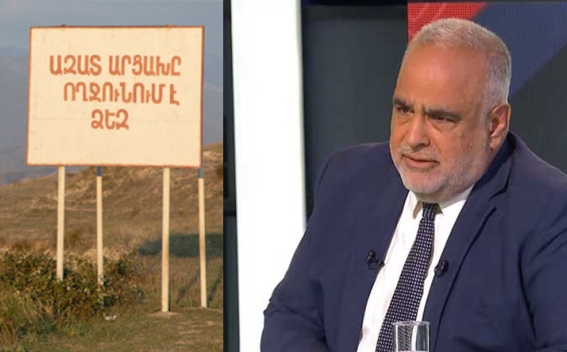 Armenia’s first Foreign Minister and Heritage Party leader Raffi Hovannisian has been denied entry to Artsakh, the party said in a statement on Monday.

The former official was heading to Stepanakert to attend his grandson’s baptism when Russian peacekeepers banned him from entering Artsakh on Sunday evening.

“Showing him an order from their commanding officer together with his accompanying photograph, the soldiers at the checkpoint gave no reason or foundation for the exclusion but confirmed it could have emanated from the very “top” of official Yerevan.

"The government of the Artsakh Republic, taken aback by this decision, attempted for long hours but ultimately unsuccessfully to clarify and then resolve the matter. Its representative claimed a possible linkage with Baku’s dictatorship,” reads the statement.

“The cowardice of this self-entitled command points in one direction alone. It can only be one person, a failed leader, who must leave the scene together with his xenophobic neighbor for the sake of true regional peace and security,” suggested Hovannisian, Panorama.am reports.