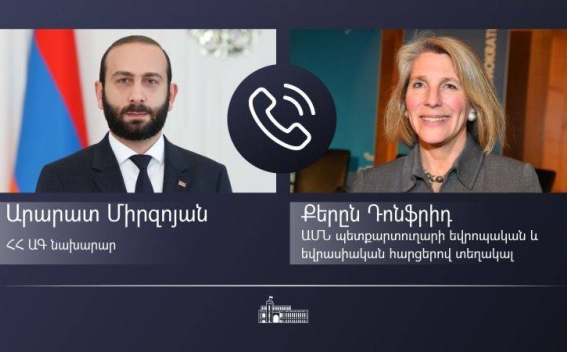 On August 1, Foreign Minister of Armenia Ararat Mirzoyan held a telephone conversation with US Assistant Secretary of State for European and Eurasian Affairs Karen Donfried.

During the phone conversation, the sides exchanged views on the current security environment in the region.

Issues on the normalisation of relations between Armenia and Azerbaijan, as well as the Nagorno-Karabakh conflict were discussed.

Touching upon the solution of the humanitarian problems resulting from the 44-day war, the sides emphasised the need for the urgent release of Armenian POWs and other detainees.