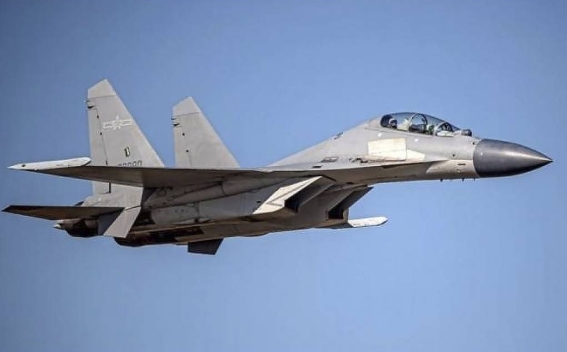 © Taiwan Ministry of Defense via AP

According to the news release, participating in the operation were 24 Su-30 fighters, ten J-16s, six J-11s and seven J-10s, as well as two radio-electronic reconnaissance aircraft Y-8. All of them are reported to have crossed the so-called median line in the Taiwan Strait.

Earlier, the island's Defense Ministry said that on Friday, a total of 68 aircraft and 13 ships of the People's Liberation Army of China (PLA) were seen in the areas of Beijing's ongoing exercises around Taiwan.