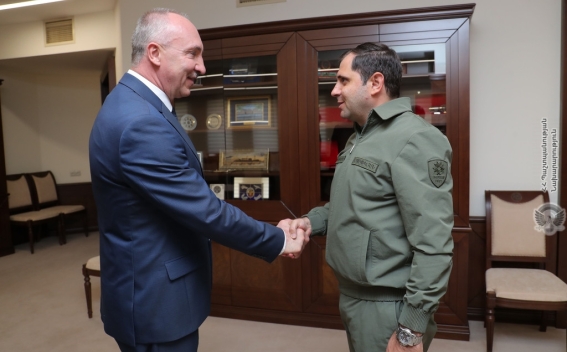 During the meeting, the sides exchanged views on international and regional security issues. The RA Defence Minister informed about the situation in the region and presented the latest developments in the border areas of Armenia and Artsakh.

The sides also discussed ways to further deepen the Armenian-Belarusian cooperation in the defence sphere, as well as the course of events planned in multilateral formats.