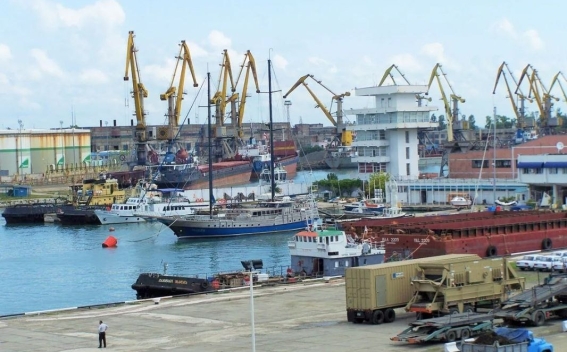 Armenia plans to launch a ferry service from the Georgian port of Poti to the Russian port of Kavkaz in August, Ministry of Economy told Sputnik Armenia, News.am reports.

"The timing of the launch of the ferry service is postponed mainly because of the sanctions against Russia. Work is being carried out to reduce the additional costs of transporting cargo by ferry from or to Armenia," the response reads.

The request emphasizes that Armenian authorities are discussing the issue with all the parties, including Georgia, to launch the ferry service more quickly. The Ministry assured that the problems are being solved and the ferry will start working this month.

The Ministry of Economy believes that the ferry service will positively affect the export of Armenian goods to international markets, increase the volume of cargo transportations and make the logistics infrastructure more accessible to carriers. Besides, subsidizing the ferry transportation by the state will become a new stimulus for the economy of Armenia. Thanks to this, the ferry crossing can become a worthy competitor to the road through Upper Lars IACP.

According to the decision of the Armenian Government dated March 24, 2022, the ferry operator, a local logistics company C&M International, is planned to make voyages from Poti port to Caucasus port and back twice a week.

The agency believes that the ferry connection will also activate the railway traffic, contribute to an increase in export volumes, as well as reduce the time goods spend on the way.

"The average time for cargo transportation from Armenia to Russia (via Lars) is 7 days and it can be shortened up to 3 days by the ferry," the Ministry noted.

The Economy Ministry believes that the closure of the road from Georgia to Russia through Upper Lars IACP (considering that it is the main direction for the export of goods from Armenia to Russia) negatively affects the Armenian economy and export indicators.

With regard to the situation around Upper Lars, the Armenian cabinet is working on several fronts. An agreement has been reached with Georgian counterparts for prompt passage of perishable goods.