Referendum on LPR’s Accession to Russia Possible after Liberation of DPR: LPR’s Head 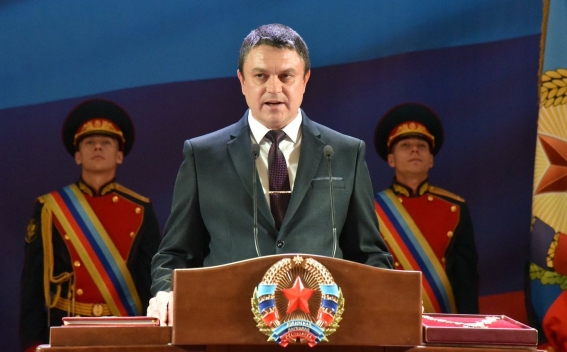 "Our ultimate goal is to push the enemy to a safe distance, to help our brothers liberate the DPR. And only after that we will think about a possible referendum, although we expressed our view back in 2014," he said.

Pasechnik said earlier that the republic was looking at organizing a referendum on accessing to Russia. On July 15, the LPR passed a decision to set up a public headquarters of the referendum.