Evacuation of Monuments Has Started in the Kashatagh Region of Artsakh 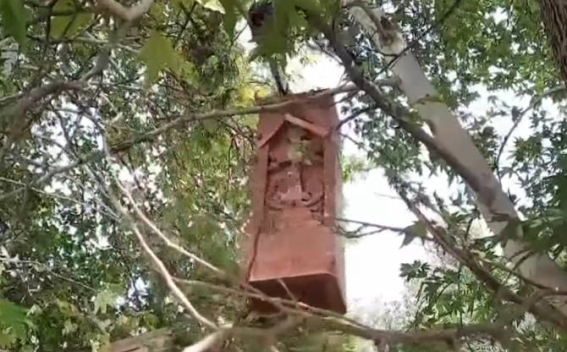 The process of evacuating monuments has started in the Kashatagh region of Artsakh. The khachkar dedicated to the memory of the victims of the Armenian Genocide was also removed from the area next to the Surb Hambardzum Church in Berdzor, ARMENPRESS reports, Public TV of Artsakh informed.

According to the civil protection plan, not only the residents are being evacuated from Berdzor, Aghavno and Nerkin Sus, but also the cultural monuments that can be moved.

The coordinators of the evacuation of the monuments noted that the monuments, if remain in their places, will be at serious risk of destruction, because back in 2021, the President of Azerbaijan announced that all new monuments that were built during these 30 years are subject to destruction, and in the case of the rest, all Armenian inscriptions on them must be deleted and destroyed.

The fate of some of the monuments to be evacuated is already clear, they will be temporarily placed in the courtyards of other churches.