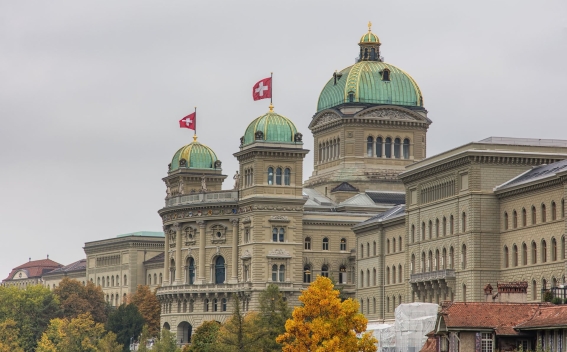 At the request of Ukraine Switzerland is ready to represent its diplomatic interests in Russia, if Moscow agrees to this, Swiss Foreign Ministry spokesperson, Pierre-Alain Eltschinger told TASS on Wednesday.

The point at issue is the "mandate of a protecting power", which would enable Switzerland to represent Ukraine’s diplomatic interests in Russia, because there are no diplomatic relations between them now.

As Eltschinger explained, "Switzerland has actively offered its good offices to both sides." These include, in particular, "the role of a host for negotiations and meetings", as well as support and expertise for "possible negotiations."

"Ukraine would like Switzerland to assume the mandate of a protecting power in Russia. The relevant negotiations have been completed," he said.

"For the mandate of a protecting power to take effect Russia is to give its consent," Eltschinger explained.