Moscow Does not Consider Some Criticism of Peacekeeping Troops in Karabakh to be Justified: Russia MFA 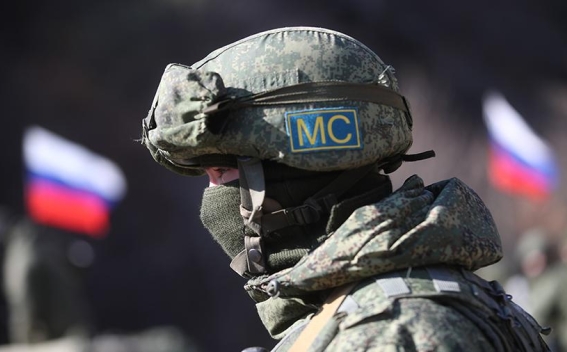 Moscow does not consider some criticism of the Russian peacekeeping contingent in Nagorno-Karabakh to be justified. Ivan Nechayev, Deputy Director of the Information and Press Department of the Russian Ministry of Foreign Affairs (MFA), stated about this at a press briefing Thursday, NEWS.am reports.

According to him, along with active political contacts, intensive work is also being done with the Russian peacekeepers, who launch necessary efforts to stabilize the situation in Nagorno-Karabakh.

"Both Baku and Yerevan have noted several times before the important role of the Russian peacekeeping contingent," Nechayev added.

He recalled that on August 2 and 8, Russian President Vladimir Putin had phone conversations with Armenian Prime Minister Nikol Pashinyan. In addition, Russian Foreign Minister Sergey Lavrov and Defense Minister Sergei Shoigu had contacts with their Azerbaijani and Armenian counterparts.

"All the aforesaid issues, including the situation around the Lachin corridor, are the subject of consultations in order to find a solution that would be convenient for the Azerbaijani and Armenian sides. Considering the sensitivity of the issue, the Russian side does not voice the details of the arrangements being discussed," Nechayev said.