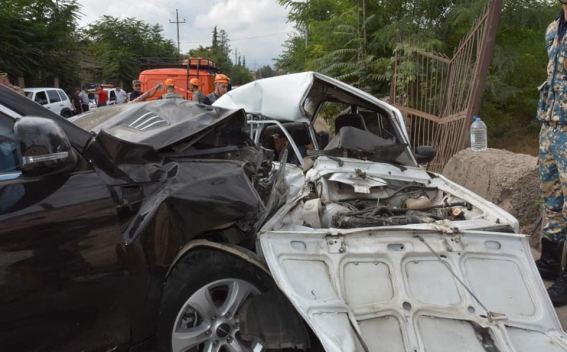 An accident took place Friday on the Stepanakert-Askeran motorway, as a result of which four women died on the spot. NEWS.am has learned about this from the Police of the Ministry of Internal Affairs of Artsakh (Nagorno-Karabakh).

At 8:50am a report was received at the operational control center of the traffic police that a road accident had occurred in Sarushen village.

It was found that around 8:45am an SUV, driven by Russian peacekeeping contingent driver I. Y. (born in 1992), and a car had collided at an intersection.

As a result, the driver of the car (Sarushen resident E. G., born in 1996) had sustained fractures and a laceration of the lower lobe of the right lung and was transferred to the Republican Medical Center of the capital Stepanakert.

The Artsakh Investigative Committee is investigating the incident.