Zelensky Is Either to Face Tribunal or Return to Comedy Shows: Russia Security Council 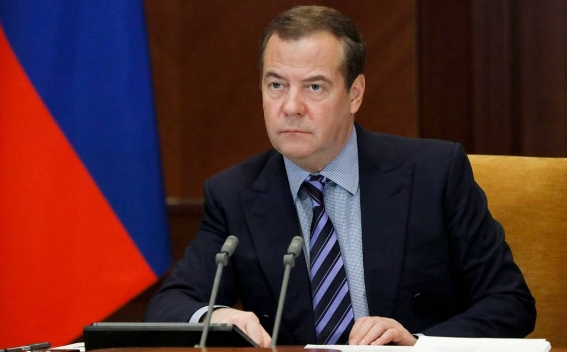 Ukrainian President Vladimir Zelensky has no choice other than to face a tribunal or play secondary roles in comedy shows, Deputy Chairman of the Russian Security Council Dmitry Medvedev said in an interview with journalist Nadan Fridrikhson, which was posted on his Telegram channel on Friday.

Medvedev’s secretariat has confirmed to TASS the authenticity of the interview.

Thus, when asked what he thinks about Zelensky’s future, Medvedev said, "Either a tribunal or secondary roles in comedy shows again."

He said he had visited Lugansk on Thursday to discuss what can be done more to defend people living in the Lugansk and Donetsk People’s Republics, and on other liberated territories.