Artsakh Must Always Stand, Must Always be Armenian, and Must Always Continue its Course on the Path to Independence: Arayik Harutyunyan 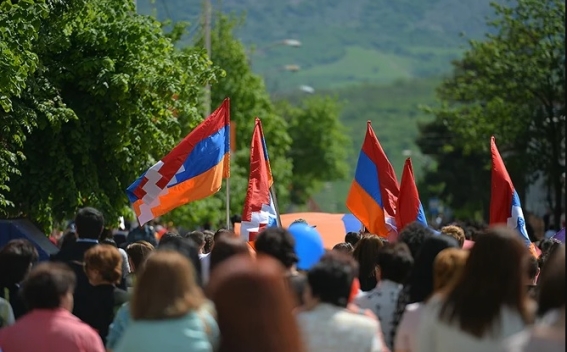 President of Artsakh Arayik Harutyunyan released an address on the occasion of the Artsakh Republic Day.

September 2nd of 1991 went down in history of the Armenian people as a crucial and pivotal day. The joint session of the NKAO provincial and Shahumyan regional people’s deputies adopted the declaration of independence of the Republic of Artsakh, signaling to the world the formation of the second Armenian republic. The moment was historic, the people’s decision to live free and independent was unshakable, their will was unbreakable and their spirit was undefeatable.

However, our road to building a democratic state in line with norms and principles of international law was full of unspeakable challenges and hardships.

The 44-Day War of 2020 became a new disaster for the Armenian people, claiming the lives of thousands of our brave sons, destroying many destinies. We are grateful to all martyrs who sacrificed their lives for the independence of the Fatherland and the dignified existence of the Armenian people, we bow before their bright memory and before their proud relatives," the Artsakh president said in the address. President Harutyunyan also thanked Armenians in Armenia and Diaspora for their support, as well as the Russian Federation for their mission in Artsakh, and all countries, politicians who’ve supported Artsakh by remaining committed to justice and universal values of democracy and humanitarianism.

"After 31 years, the people of Artsakh are again decisively and resolutely announcing that despite all trials of time, they are committed to their adopted decision, to their path, which is irreversible and unshakable. Artsakh must always stand, must always be Armenian, and must always continue its course on the path to independence," the Artsakh president said.