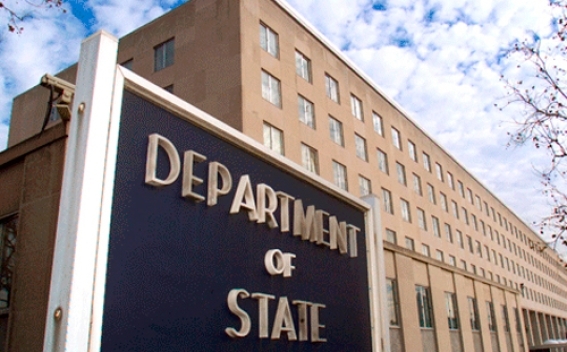 The U.S. State Department has told Turkey that the sovereignty of the Greek islands is not in dispute, Greekreporter noted.

After a flurry of threatening statements by Turkish President Recep Tayyip Erdogan, a State Department official said, “The sovereignty and territorial integrity of all countries must be respected and protected. Greece’s sovereignty over these islands is not disputed. We call on all parties to refrain from rhetoric and actions that could further escalate tensions.”

The U.S. official also called Erdogan's warnings to Greece over maritime disputes "unhelpful" and called on the two NATO allies to resolve their differences diplomatically: “At a time when Russia has again invaded a sovereign European state, statements that could raise tensions between NATO allies are particularly unhelpful,” a State Department spokesperson said when asked about Erdogan’s remarks, without naming him.

The United States continues to urge our NATO allies to work together to maintain peace and security in the region and to resolve differences diplomatically, the statement said.