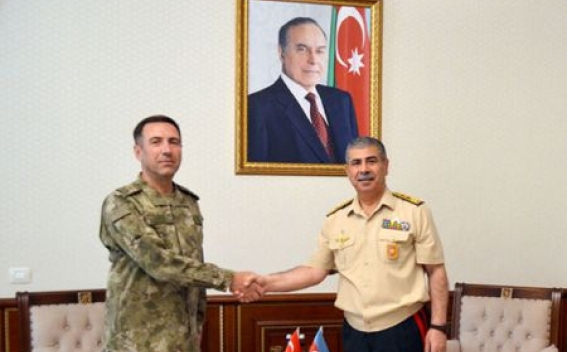 On September 9, the Minister of Defense of the Republic of Azerbaijan, Colonel General Zakir Hasanov received Lieutenant General Abdullah Katirci, whose term of office has expired in the Turkish contingent of the Turkish-Russian Joint Monitoring Center, Ministry of Defense told APA.

The meeting emphasized that relations between Azerbaijan and Türkiye, including military cooperation, are based on brotherhood and friendship.

The Defense Minister wished Lieutenant General A. Katirci success in his future activities.
It should be noted that the Turkish contingent of the Turkish-Russian Joint Monitoring Center will be headed by Major General Fatih Akpinar.