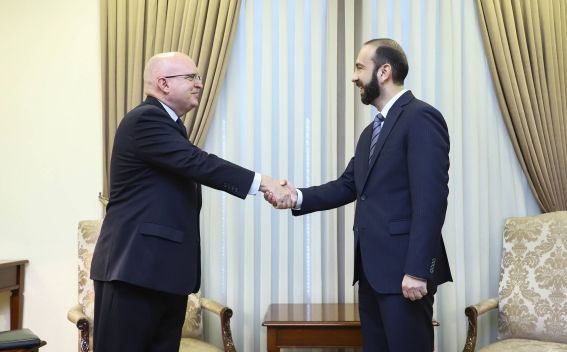 The interlocutors touched upon a number of issues related to regional security and stability, and exchanged views on normalization of Armenia-Azerbaijan relations.

During the meeting, a wide framework of issues related to the Nagorno-Karabakh conflict was discussed. The role of the USA as an OSCE Minsk Group Co-Chair country was emphasized. Foreign Minister also underlined the importance of using the potential and experience of the OSCE Minsk Group Co-Chairmanship Institute in the context of a lasting and comprehensive settlement of the Nagorno-Karabakh conflict.

Minister Mirzoyan referred to the humanitarian issues resulting from the 44-day war, highlighting in this context the need for the repatriation of the Armenian PoWs and other detainees, as well as preservation of the Armenian cultural-religious heritage in the territories fallen under Azerbaijani control.