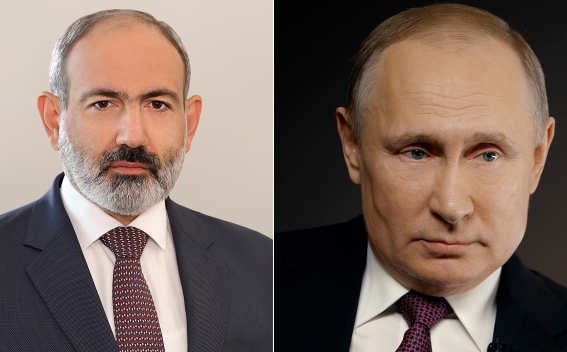 Prime Minister Nikol Pashinyan had a telephone conversation with the President of the Russian Federation Vladimir Putin.

The Prime Minister provided details about the provocative, aggressive actions by the Azerbaijani armed forces in the direction of the sovereign territory of Armenia starting from midnight, which were accompanied by artillery shelling and fire from large-caliber firearms.

Nikol Pashinyan considered the actions of the Azerbaijani side unacceptable and emphasized the importance of an adequate reaction of the international community.