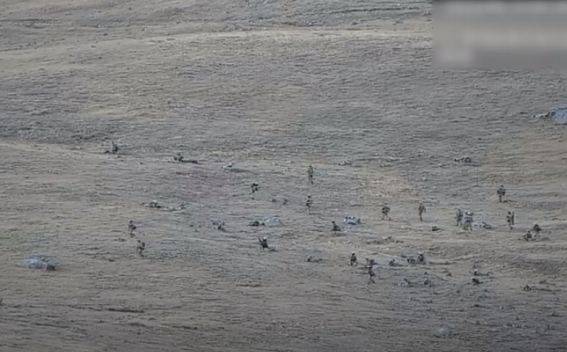 The Azerbaijani forces attempted to advance simultaneously in several directions at the Armenian-Azerbaijani border in the early morning of September 13.

The Armenian Ministry of Defense spokesperson Aram Torosyan released a video showing the Azerbaijani troops breaching the border and approaching the Armenian positions and then retreating after facing Armenian countermeasures and taking casualties.