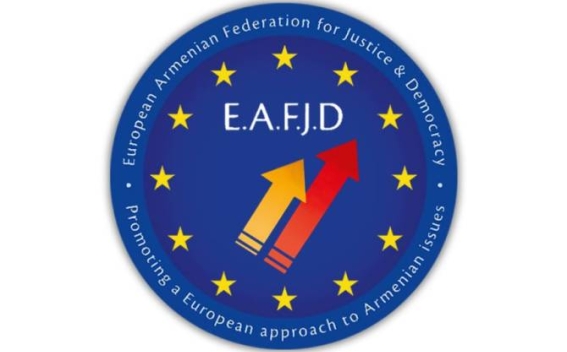 The European Armenian Federation for Justice and Democracy (EAFJD) called on the EU leadership to clearly and unequivocally condemn the attack of authoritarian Azerbaijan against Armenia, Armenpress reports.

"We are expecting you to do everything in your power to stop the Azerbaijani aggression which is a manifestation of the state level policy of xenophobia against Armenia and expansionist policy of Azerbaijan. Human life is invaluable, be it in Ukraine or Armenia. As EU citizens we do believe that a regular dictator such as Aliyev cannot buy silence or dignity in exchange for potentially supplying a very small portion of EU’s gas", the EAFJD said in a statement.