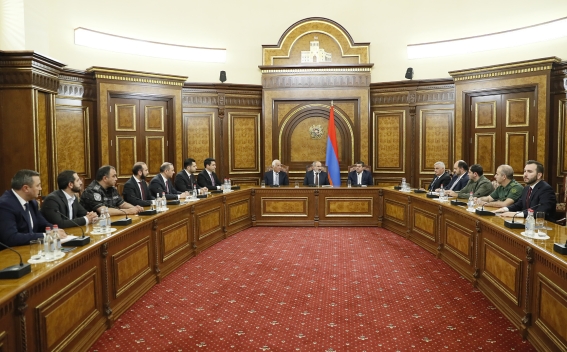 The situation created as a result of Azerbaijan's aggression against the sovereign territory of the Republic of Armenia, as well as the steps to be implemented in the direction of the protection of the sovereignty and territorial integrity of the Republic of Armenia were discussed. The participants exchanged thoughts about the current state of the Nagorno Karabakh settlement negotiation process.

The imperative of national solidarity and consolidation in the context of confronting external threats was emphasized.