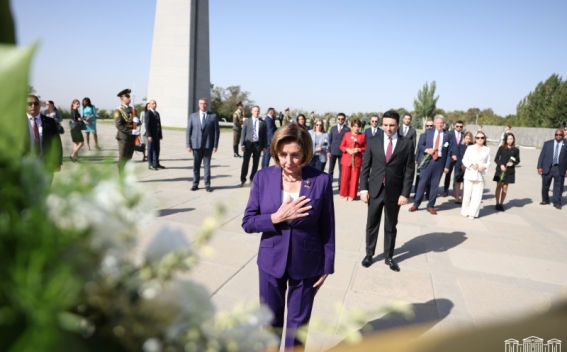 At the invitation of the RA NA Speaker Alen Simonyan the Delegation led by Speaker of the U.S. House of Representatives Nancy Pelosi is in Armenia. On September 18, the high-ranking officials accompanied by Alen Simonyan visited Tstitsernakaberd Memorial Complex.

Let us remind that Nancy Pelosi had a considerable contribution to the adoption of the Resolution on Recognizing the Armenian Genocide. The Resolution was adopted in the second term of the tenure of Nancy Pelosi as a Speaker.