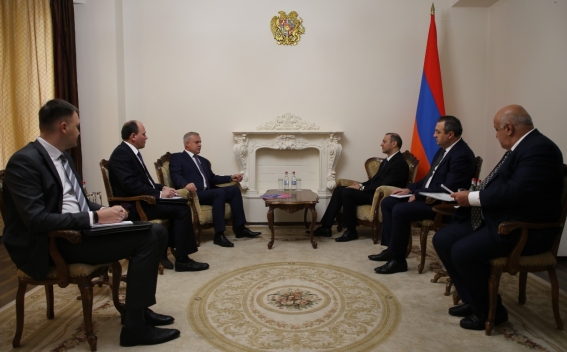 On September 21, the Secretary of the Security Council, Armen Grigoryan, received the delegation led by CSTO Secretary-General Stanislav Zas.

The interlocutors discussed the situation created as a result of the large-scale Azerbaijani aggression unleashed on the sovereign territory of the Republic of Armenia on September 13.

The Secretary of the Security Council reaffirmed Armenia's position that the Azerbaijani troops must withdraw from the occupied territories of Armenia, and the Republic of Armenia would protect its territorial integrity, independence, and sovereignty by all available means.

The issues related to the CSTO delegation's agenda were discussed during the meeting. Armen Grigoryan also presented the public sentiments prevailing in Armenia regarding CSTO.