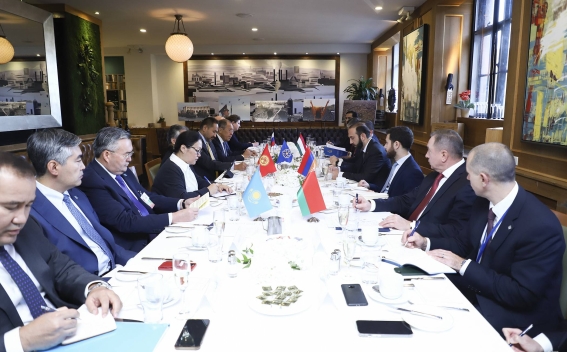 On September 21, the working meeting of the CSTO Foreign Ministers which is traditionally conducted within the framework of the UN General Assembly, was held under the coordination of Ararat Mirzoyan, the Foreign Minister Armenia, currently chairing the CSTO.

Ararat Mirzoyan briefed upon the situation resulting from the latest Azerbaijani aggression against the sovereignty and territorial integrity of the Republic of Armenia.

Concluding the meeting, the Minister of Foreign Affairs of Armenia presented to the CSTO partners the photo exhibition dedicated to the Independence Day of the Republic of Armenia.