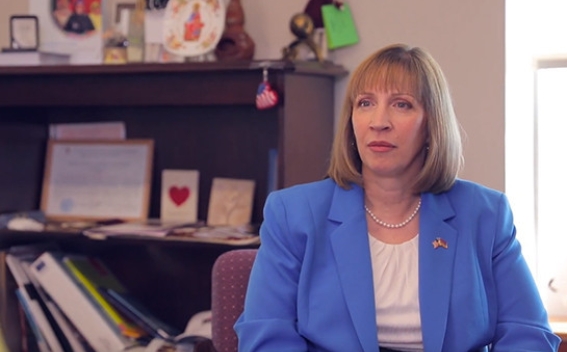 Russia has given its formal diplomatic approval to Lynne Tracy’s appointment as the new US ambassador to Moscow, Russian Deputy Foreign Minister Sergey Ryabkov told reporters on Thursday, TASS reports.

Touching upon whether Russia expects that Moscow and Washington will rekindle dialogue with the appointment of the new US ambassador, Ryabkov pointed out that first Tracy’s nomination must be confirmed by the Senate.

"We don’t know their calendar, especially since the midterm elections are approaching. I can’t even predict any schedules. But the ball is in their court. Let them decide this," the senior diplomat specified.

On Tuesday, US President Joe Biden nominated career Foreign Service officer Lynne Tracy, who currently serves as Washington's envoy to Armenia, to be the new US ambassador to Russia.