Erdogan Does Not Rule Out Meeting with Pashinyan in Prague: We Will Have Certain Initiatives on Caucasus 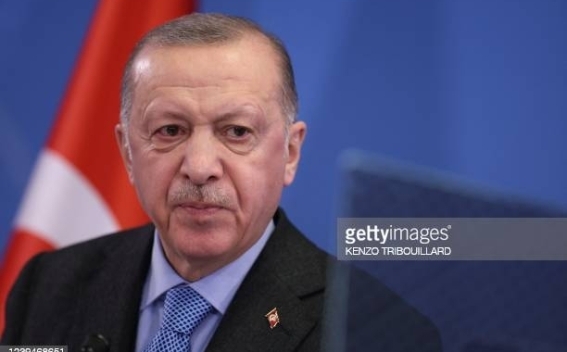 Speaker of the House of Representatives Nancy Pelosi has no leverage over the processes in the South Caucasus, Turkish President Recep Tayyip Erdogan said, commenting on Pelosi's visit to Yerevan, Anadolu news agency reported.

"I am sure her visit caused concern in many places. There is no need to unnecessarily inflate the subject," he said.

According to him, Turkey today continues "to make certain preparations and we will take appropriate steps soon." "At the moment we are discussing participation in the upcoming meeting of the European political community in Prague. In case we decide to go to the Czech Republic, presumably Armenian Prime Minister Nikol Pashinyan will also be there. The Armenian side has previously expressed the idea of a meeting on that platform. Perhaps we will have an opportunity to discuss all these issues there. However, of course, we will also have certain initiatives on the Caucasus. At the moment everything is still at a planning stage. I will discuss these issues with my brother Azerbaijani President Ilham Aliyev, and depending on that we will take steps," Erdogan said.

The summit of the European political community will be held in Prague on October 6. As previously reported, the organizers intend to invite the leaders of Armenia, Azerbaijan and Georgia, among others, News.am reports.