U.S. Urges Azerbaijan to Return Troops to their Initial Positions 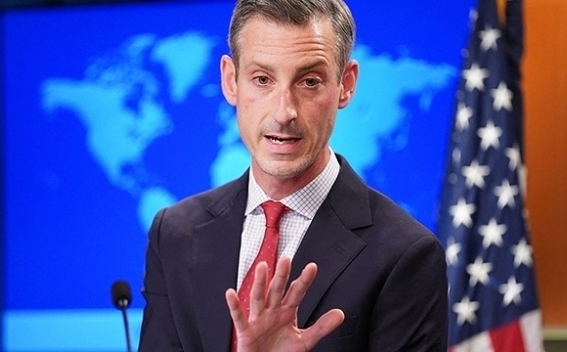 U.S. State Department spokesperson Ned Price commented on the meeting of the Armenian and Azerbaijani foreign ministers hosted by Secretary of State Antony Blinken on the sidelines of the UN General Assembly in New York on September 19, Panorama.am reports.

“It was important for us and for the Secretary in particular to bring the two sides together. Of course, the Secretary had had conversations with the two leaders, but this was the first face-to-face meeting that the two foreign ministers had since the latest outbreak of violence,” he told a press briefing on Monday.

“The Secretary noted to both leaders the importance of maintaining the ceasefire, of maintaining the calm, said – noted that we’re dedicated to a sustainable ceasefire and to a peaceful resolution. We made clear to both foreign ministers that the United States stands ready to support – to support this bilaterally, multilaterally, together with partners. This includes our support for efforts by EU Council President Charles Michel bring the leaders together.

“They during the course of that meeting discussed the best path forward, and the Secretary suggested the sides share ideas for how to meaningfully advance the peace process before the end of the month.

“Our message has been consistent for some time. We call on Azerbaijan to return troops to their initial positions. We urge disengagement of military forces and work to resolve all outstanding issues between Armenia and Azerbaijan through peaceful negotiations. The use of force is not an acceptable path. We’ve made that clear privately. We’ve also made that clear publicly, and we’re glad that our continued engagement, including at high levels, including last week in New York, with both countries has helped to halt the hostilities, and we’ll continue to engage and encourage the work needed to reach a lasting peace because there can be and there is no military solution to this conflict,” Price said.

Touching on Blinken’s call for a new meeting of the Armenian and Azeri foreign ministers by the end of September as well as its possible venue and date, the spokesman said it was up to the two countries to decide.

“This will be up to the two countries to decide, but we do think that continued engagement directly between Armenia and Azerbaijan is not only in their interests, it’s in the interests of the region and beyond. We have offered to be of assistance, again, bilaterally, trilaterally, multilaterally, and of course the EU is playing an important role as well,” Price said.