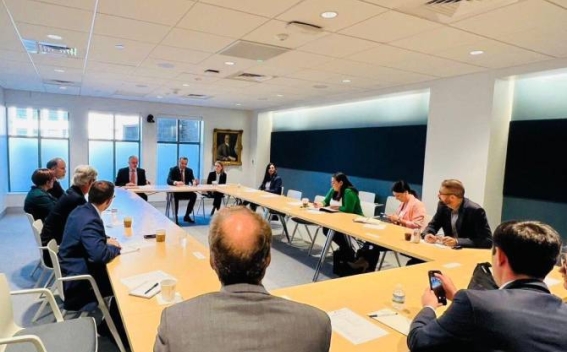 The Secretary of the Security Council, Armen Grigoryan, met with current and former American officials, ambassadors, members of the Carnegie Foundation and other analytical centres within the framework of his working visit to Washington.

At the meeting, Grigoryan presented the large-scale aggression and consequences undertaken by Azerbaijan against the sovereign territory of Armenia, pointing out that with such a move, Baku invaded Armenia's sovereign territory and threatened Armenian democracy. The Secretary of the Security Council emphasized Yerevan's determination to move on the path of democracy.

Grigoryan also referred to gross violations of international humanitarian law by Azerbaijan and the facts of targeting the civilian population and infrastructure.

A wide range of issues of bilateral interest in Armenian-American cooperation, such as democracy and economic cooperation, were discussed at the meeting.