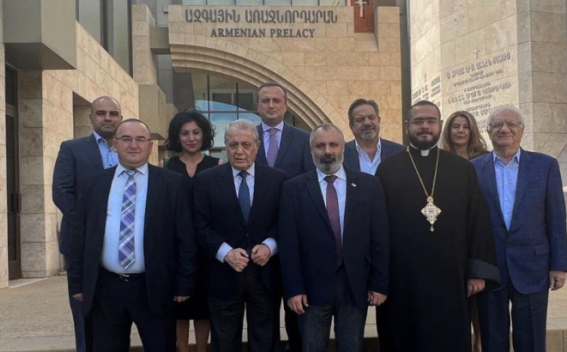 On September 26, Minister of Foreign Affairs of the Republic of Artsakh David Babayan visited the National Prelacy of the Western Diocese of North America of the Great House of Cilicia of the Armenian Apostolic Church, where he met with members of the national, central and diocesan administration, representatives of the Pan-Armenian Council and Armenian community.

Issues related to the domestic and foreign policy of Artsakh, the social-economic situation in the Republic, the settlement of the Azerbaijani-Karabagh conflict, the development of intra-Armenian relations, and regional developments were discussed during the meeting.

David Babayan stressed the important role of the Armenian Apostolic Church in the state-building process, in cementing the Motherland-Diaspora ties and maintaining the national identity in the Diaspora.