Kocharyan: Key to Artsakh's future in the hands of people 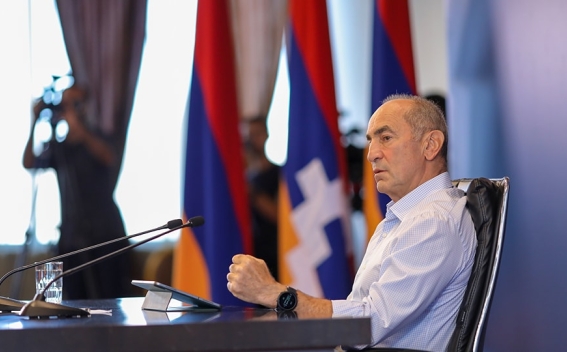 The key to resolving the Artsakh (Nagorno-Karabakh) issue is in the hands of the Artsakh people, second Armenian President Robert Kocharyan told a press conference in Yerevan on Wednesday, referring to the statement of first President Levon Ter-Petrosyan, Panorama.am reports.

In a televised interview aired on Monday, Ter-Petrosyan said that Russia held the key to solving the Karabakh conflict once, but now that Moscow has found itself in a difficult situation, the country has “lost it”.

“Will the [Karabakh] elite agree to cooperate with the Azerbaijani authorities and to integrate into Azerbaijan stage by stage, or are they still ready to fight?” he asked.

At the same time, Kocharyan attached importance to the role of the Armenian society in pressuring the authorities to take a clear position on the Artsakh issue.

"If the people are ready to fight, there is a chance to stop it all. Exactly the same conversations were held in 1992," he noted.