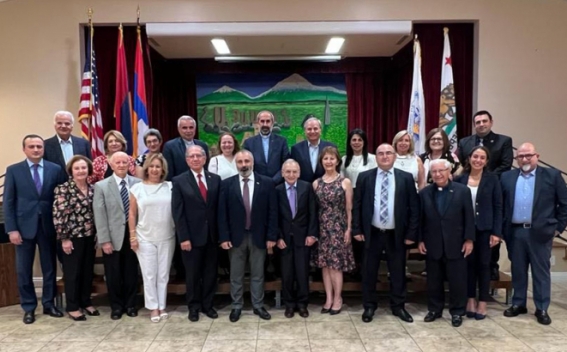 On September 27, Minister of Foreign Affairs of the Republic of Artsakh David Babayan met with President of the Armenian Missionary Association of America Nazareth Darakjian, Executive Director Zaven Khanjian, and representatives of the Association.

Issues related to the current situation in Artsakh and settlement of the Azerbaijani-Karabagh conflict were discussed.

The Foreign Minister stressed the long-term involvement of the Missionary Association in the humanitarian programs being implemented in Artsakh. David Babayan also expressed hope that the patriotic activities would be continued.