The macroeconomic, fiscal and expenditure framework of the 2023 draft state budget discussed at Government 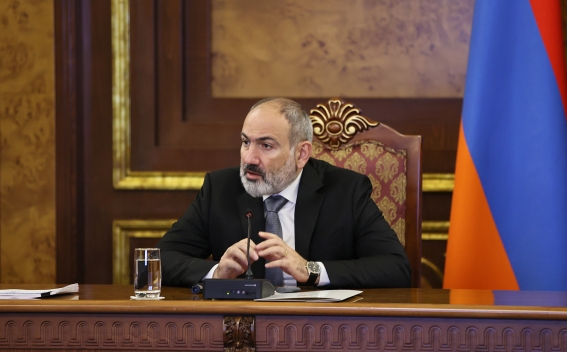 Prime Minister Nikol Pashinyan chaired a consultation at the government on the macroeconomic, fiscal and expenditure framework of the 2023 draft state budget.

Minister of Finance Tigran Khachatryan delivered a report, noting that the 2023 draft state budget was formed based on the security, economic and social priorities defined by the 2021-2026 Government Action Plan. The minister referred to the forecasts of macroeconomic indicators and fiscal policy, presented details of the sectoral expenditures and the amount proposed to be allocated to the departments.

An exchange of ideas was held on the draft, a number of issues related to the capital and current expenditures defined by the Government's Action Plan, and new initiatives were discussed.

The Prime Minister instructed the heads of state departments to continue to focus on the proper execution of capital expenditures and the process of announcing tenders.