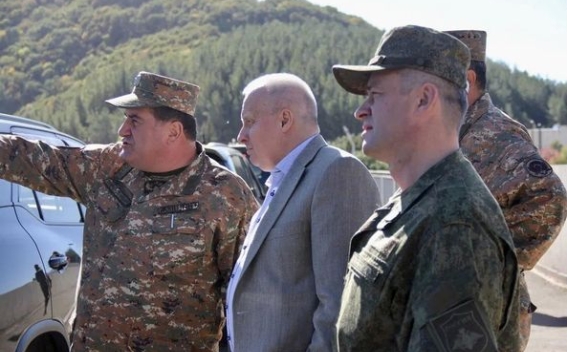 The Russian Ambassador met with Armenian military commanders, got acquainted with the situation on the Armenian-Azerbaijani border and the damages inflicted upon the border regions as a result of the September 13-14 shelling, the embassy said.