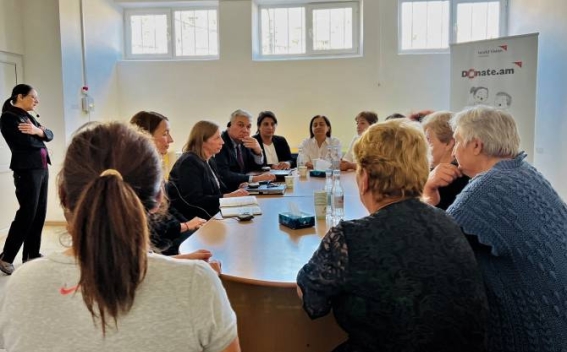 U.S. Ambassador to Armenia Lynne Tracy, who visited Syunik province on September 27, met with displaced families and others who had been affected by the mid-September attacks, the U.S. Embassy Yerevan said on social media.

“They discussed the challenges people in the region face and ways to address their urgent needs. Ambassador Tracy also toured the village of Akner which had been damaged by shelling. Ambassador Tracy underscored the continued U.S. support for Armenia’s sovereignty”, the Embassy said.