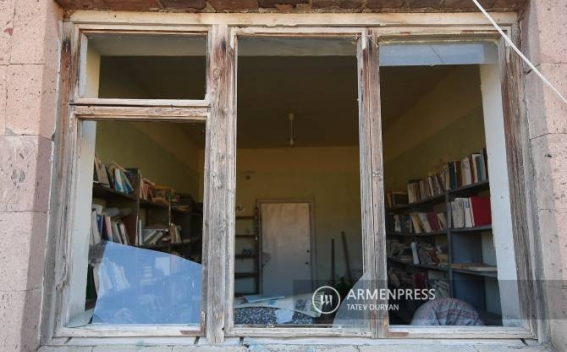 Foreign ambassadors in Armenia visited the village of Kut to view the damages resulting from the Azerbaijani attack, Armenpress reports.

Minister of Territorial Administration and Infrastructures Gnel Sanosyan briefed the diplomatic corps representatives on the damages.

The ambassadors visited the Kut town hall building, the local school and the clinic which were bombarded by Azerbaijani forces.

“It is clear that they tried to deliberately target specific civilian infrastructures,” Sanosyan said.

Sanosyan also showed the pastures which local farmers are unable to access following the attack.

“This hill is sovereign territory of Armenia, but after the aggression the Azerbaijani troops are deployed there. The town hall, school and the entire village are under their direct crosshairs,” he said.