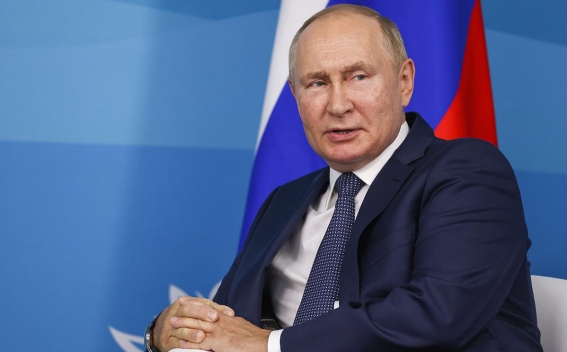 Vladimir Putin addressed the heads of intel agencies of the Commonwealth of the Independents States on Thursday, warning that the member nations need to cooperate in order to oppose destabilization instigated by their rivals, Sputnik reports.

The Russian president stressed that the West is aiming to escalate fuel conflicts among commonwealth countries.

"Following their goals, our geopolitical adversaries, our opponents, as we said just recently, are ready to expose everyone, any country, to turn it into the epicenter of the crisis, provoke a color revolution and unleash a bloody massacre. We have seen all this more than once," Putin said.

He noted that the unipolar global order of US dominance is now collapsing, while a new, fairer order is being formed.

"We also know that the West is working out scenarios for inciting new conflicts in CIS space. But we have enough of them anyway. It is enough to look at what is happening now between Russia and Ukraine, what is happening on the borders of some other CIS countries", Putin noted.

According to him, CIS countries together using their combined experience and opportunities can foil the common threats and secure peace in the region.