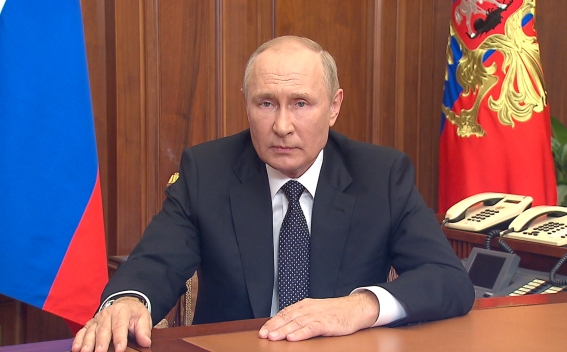 Russia has recognized the independence of the Zaporozhye and Kherson regions, according to Russian President Vladimir Putin’s decrees published by the official database of legislative information on Friday, TASS reports.

One document recognizes "state sovereignty and independence of the Zaporozhye Region," the other - of the Kherson region. Both decrees come into force on the day they were signed.

According to the documents, the Russian president’s decision is based on universal principles and norms of the international law, acknowledging and confirming the principle of equality and self-determination of peoples enshrined by the UN Charter, and with regard to the will of the people expressed in a referendum.