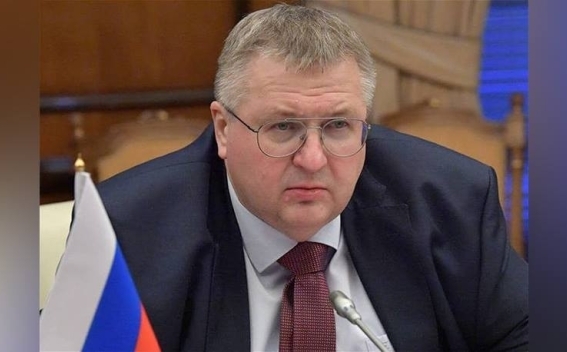 The trilateral working group chaired by the deputy prime ministers of Armenia, Russia and Azerbaijan has carried out a major work within almost two years. As a result of negotiations, the sides have a vision of the routes, the implementation of which could lead to the regional unblocking, Deputy Prime Minister of Russia Alexei Overchuk said in an interview to Rossiyskaya Gazeta daily, Armenpress report.

However, Overchuk notes that roads could be opened or built only after the sides clearly determine the legal regime for border crossing between the two countries, as well as the traffic order on that roads.

“It’s important that a principle has been developed during the talks which served as a base for approaches on determining that regime. The principle is the following: “the sovereignty over the road is exercised by the country through which territory it passes”. It means that if the road passes through Armenia’s territory, it is an Armenian road, and if through Azerbaijani territory it is an Azerbaijani road. Russia has always supported the principle of the sovereignty of the sides and clearly follows the positions of the 2020 November 9 and 2021 January 11 statements of the leaders of the three countries.

This means that there is no talk of any “extraterritorial corridor” in the negotiations of the deputy prime ministerial working group, that could in any way violate the sovereignty of any of the parties, and there cannot be such a talk”, the Russian Deputy PM said.

He said that the implementation of this principle in practice means that border and passport measures will be implemented in order to enter Armenia via the unblocked or newly-built roads, such as say, when entering from Iran to Armenia. The same passport control will be applied also while entering Azerbaijan from Armenia.

“In addition, issues relating to paying for the use of roads in accordance with the national legislations of the sides, and ensuring the safety of citizens, vehicles and cargo traffic through the territory of one country are being discussed.

It seems, all sides today have the understanding of the possibility of practical implementation of these issues without violation of the sovereignty of any side. However, the negotiations will end only when there will be a full confidence that all legal aspects have been taken into account, nothing has been left open and no one will interpret the result reached as a victory against the other side. The successful end of talks will be the common victory of all sides”, Overchuk said.

When asked whether the trilateral task force is working in order to make the border crossing regime between Armenia and Azerbaijan the same as everyone is used to seeing between the countries having normal relations, the Russian Deputy PM said: “You are absolutely right. We are going for it”, he said.