Meeting of the Foreign Minister of Armenia and EU Special Representative 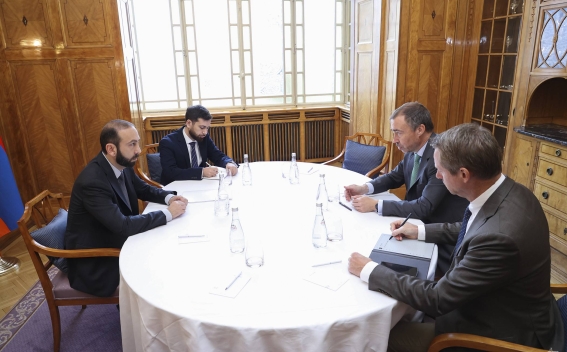 On October 2, Foreign Minister of Armenia Ararat Mirzoyan, who is in Geneva on a working visit, held a meeting with Toivo Klaar, the EU Special Representative for the South Caucasus and the crisis in Georgia.

Minister Mirzoyan strongly condemned the gross violations of international law and the war crimes committed by the armed forces of Azerbaijan, in particular, the deliberate targeting of the peaceful population and civilian infrastructure, the inhumane torture, and the extrajudicial killings of Armenian prisoners of war. He stressed that the perpetrators must be held adequately accountable, including through the application of sanctions.

During the meeting, issues related to the normalization of relations between Armenia and Azerbaijan, and the settlement of the Nagorno-Karabakh conflict were discussed.