Ararat Mirzoyan had a meeting with Philip Reeker 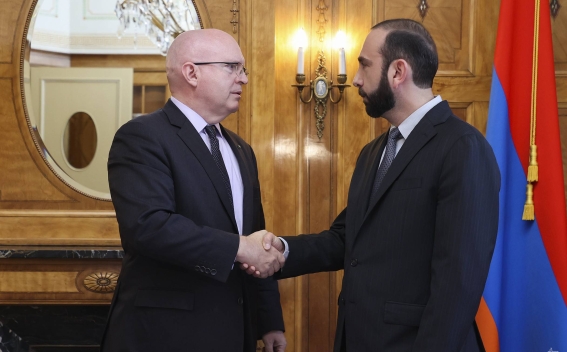 On October 2, Foreign Minister of Armenia Ararat Mirzoyan, who is in Geneva on a working visit, held a meeting with Philip Reeker, the OSCE Minsk Group Co-Chair of US, Senior Advisor for Caucasus Negotiations.

The Minister of Foreign Affairs presented the details of Azerbaijan's recent military aggression against the sovereign territory of Armenia, emphasized the importance of undertaking clear steps by international partners towards eliminating its consequences and preventing new aggressions, including through introduction of international mechanisms.

Referring to the war crimes committed by the Azerbaijani armed forces with particular cruelty, the videos of which are widely distributed by the Azerbaijani side on social websites, Minister Mirzoyan underlined that the Armenian side will make every effort to bring the perpetrators to justice.

During the meeting, the interlocutors touched upon a number of issues related to regional security and stability, exchanged views on normalization of Armenia-Azerbaijan relations and the settlement of Nagorno-Karabakh conflict.