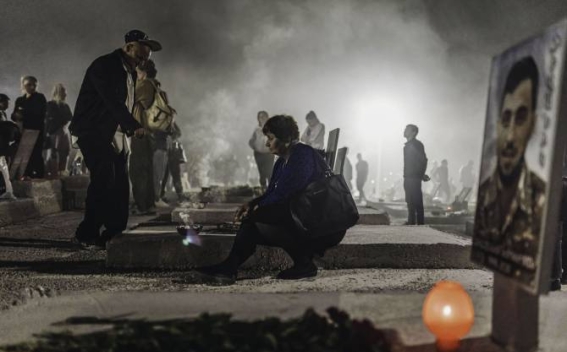 The Spanish El País newspaper published an article on the latest Azerbaijani aggression against Armenia, highlighting the fact that Azerbaijan attacked the internationally recognized territories of Armenia, Armenpress reports.

In the article titled "Armenia condemns the execution of prisoners of war by Azerbaijani troops", El País noted that the EU Special Representative in South Caucasus has called for an investigation and said that if the video is authentic it constitutes a war crime and the perpetrators must be held accountable.

The article quoted Armenian PM Nikol Pashinyan’s statement, saying: "Yet another horrific video circulated in social media: Azerbaijani soldiers are arbitrarily executing group of Armenian POWs on sovereign Armenian territory. Int'l community should strongly condemn & address this war crime & take appropriate measures to halt Azerbaijan’s aggression. Armenia will use all available international mechanisms to ensure investigation and accountability. Such acts of violence should be addressed properly, with consequences for the aggressor."

El País wrote that the September attack by Azerbaijan was the most serious escalation since 2020.

The article mentions that during the Azeri attack, Armenia requested help from the CSTO but the organization did not intervene. "Russia seemingly does not want to enter a new scenario of conflict," the newspaper wrote, adding that Azerbaijan is strongly backed by Turkey.

"As Russia is following the situation with one eye, the US and the EU have moved to develop dialogue and sign a peace treaty between Armenia and Azerbaijan," the newspaper wrote.

The footage of the gruesome killings of Armenian PoWs by Azeri troops was posted online in Azeri social media on October 2.

The authenticity of the video has been validated by the Human Rights Defender and the Defense Ministry using video data base material, comparative analyses of terrain, weather conditions, conversations and uniforms of the troops.

Earlier on October 2, following the release of the video showing the killings of Armenian PoWs by Azeri troops, EU's Toivo Klaar had tweeted: "Another horrible video has emerged of Armenian prisoners of war apparently being executed. If this video is proven to be authentic then this is a war crime that needs to be investigated and the perpetrators punished."
Հայերեն На русском