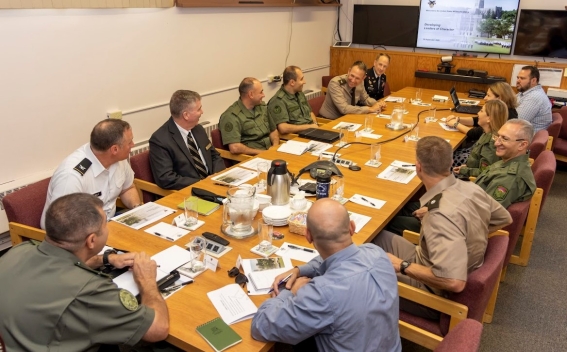 Recently, leaders from the Republic of Armenia Ministry of Defense visited several educational institutions in the United States in the framework of the NATO Defense Educators Enhancement Program (DEEP), the U.S. Embassy Yerevan said in a statement on social media.
''While in the United States, the Armenian delegates met with their counterparts at the United States Military Academy at West Point, The U.S. Army War College, The National Defense University, and with personnel and training specialists at the Headquarters, Department of the Army. They exchanged ideas on admissions, integration, academics, and military training as a whole.
The United States stands ready to partner with Armenia in developing leaders of character for the defense of our nations'', the Embassy said.
Հայերեն На русском