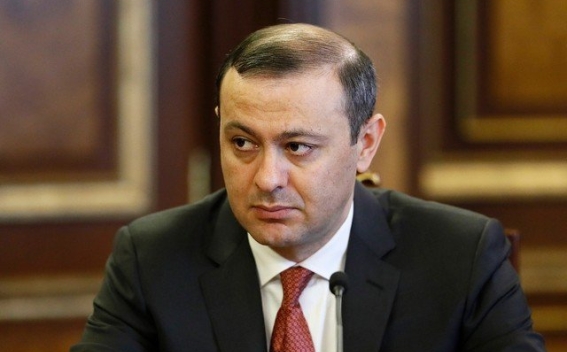 The international community should condemn the use of force by Azerbaijan and call for withdrawal of Azeri troops from sovereign Armenian territory, the Secretary of Security Council of Armenia Armen Grigoryan told Fox News during his visit to the United States.

Fox News noted that fighting broke out between Armenia and Azerbaijan on Sept. 13 when Azeri forces launched an attack on Armenia.

"Our assessment continues to be that Azerbaijan continues to aim for larger, further occupied territories in Armenia and further escalating the situation in the border between Armenia and Azerbaijan," Grigoryan explained. "And they see in [the] 21st century solving the problem with … force. This is very concerning." "Armenia is ready for diplomatic engagement, but we also publicly said we will not negotiate … when the gun is put on [our] head," Grigoryan stressed. "This is not our way of negotiating, and we are sure that the more active engagement of the international community in our region would be helpful to bring more stability and also peace."