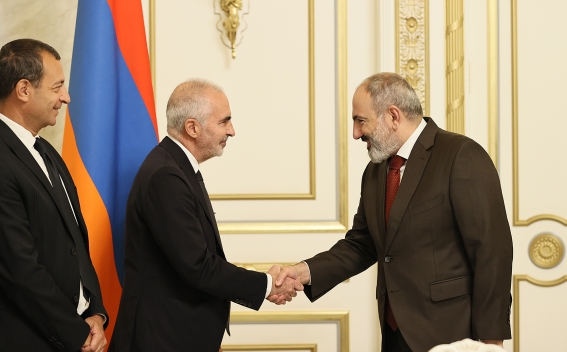 The Prime Minister welcomed the visit of Mr. Curzio to Armenia and expressed hope that the cooperation between the Courts of Cassation of Armenia and Italy will develop and effective exchange of experience will be carried out. Nikol Pashinyan emphasized that reforms of the judicial system are one of the most important priorities of the Government of Armenia and added that among the Eastern Partnership states, Armenia is an absolute leader in terms of independence of the judicial system. The Prime Minister stressed the importance of consistent and close cooperation with EU partners for effective implementation of the reforms in the sector.

Pietro Curzio expressed confidence that the discussions with the Court of Cassation of Armenia will be effective, which will contribute to the raising of the existing problems in the field, and cooperation in the process of implementing reforms. He noted that the cooperation agreement to be soon signed between the Supreme Judicial Councils of Armenia and Italy will give a new impetus to the expansion of cooperation.

The Prime Minister considered ensuring the independence of the judicial system as one of the key issues for democracy. In terms of having an independent judicial system, Nikol Pashinyan emphasized the importance of political will, consistent improvement of legislation and introduction of a strong and reliable system of social guarantees for judges, noting that the Armenian Government is consistent in ensuring them.