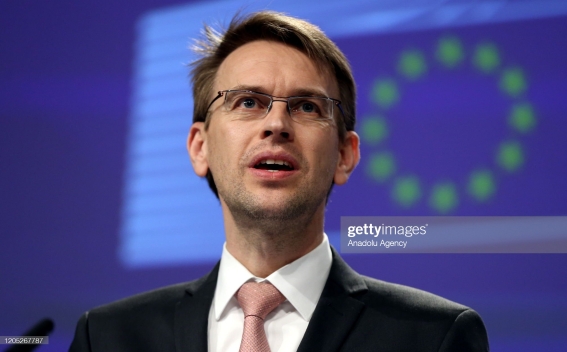 The European Union has called on the authorities of Azerbaijan to immediately investigate the footage that has gone viral, in which Azerbaijani soldiers brutally shoot Armenian soldiers who had already been taken prisoner in an Armenian military position, ARMENPRESS reports Peter Stano, Lead Spokesperson for Foreign Affairs and Security Policy, announced in a press conference in Brussels.

"We call for an immediate investigation by the relevant authorities. The footage, which shows how Azerbaijani soldiers execute Armenian soldiers, should be investigated by the Azerbaijani authorities," he said.

According to Stano, if the results of the investigation prove the authenticity of the footage, it is a war crime and a clear violation of international law.

“Such a crime should be condemned”, he added.