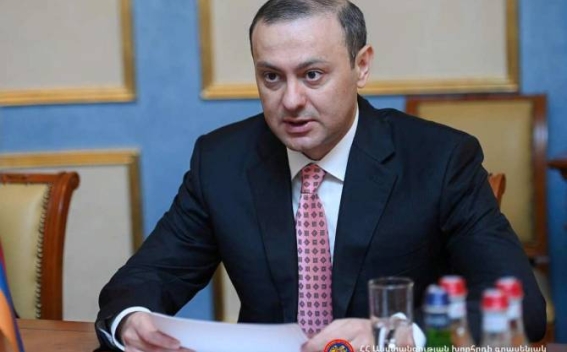 Grigoryan presented the large-scale aggression carried out by the Azerbaijani armed forces on September 13 and the occupation of Armenia’s sovereign territory, stressing that the international community should continue to demand from Azerbaijan to immediately withdraw the troops from the Armenian sovereign territory.

The Secretary of the Security Council also presented the details of the humanitarian crisis created as a result of the aggression and the damage caused to civil infrastructure. In this context, he also spoke about the war crimes committed by the Azerbaijani armed forces, some of which the attendees were informed about.