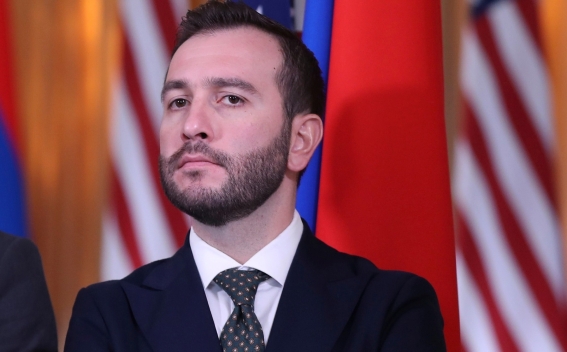 Hayk Konjoryan, the leader of the ruling majority “Civil Contract” Faction in the National Assembly of Armenia, has briefed several US lawmakers on the Azerbaijan barbarities against Armenian POWs. According to NEWS.am, Konjoryan informed about this on Facebook Tuesday.

"As the leader of the Armenia-US friendship group [in the Armenian parliament], today I sent letters to the members of the US House of Representatives co-chairs of the US Armenian Caucus Gus Bilirakis, Frank Pallone, Jackie Speier, David Valadao, as well as the vice-chairman of the caucus Adam Schiff presenting details about the military aggression unleashed by Azerbaijan against Armenia, the barbarities of Azerbaijani soldiers against Armenian prisoners of war," Konjoryan wrote on Facebook.

Also, he called on his American colleagues to continue with targeted actions to put pressure on Azerbaijan to restrain the latter from any kind of aggression against Armenia, withdraw the Azerbaijani troops from the sovereign territory of Armenia, immediately return all Armenian POWs, and bring to account all the perpetrators of these war crimes.