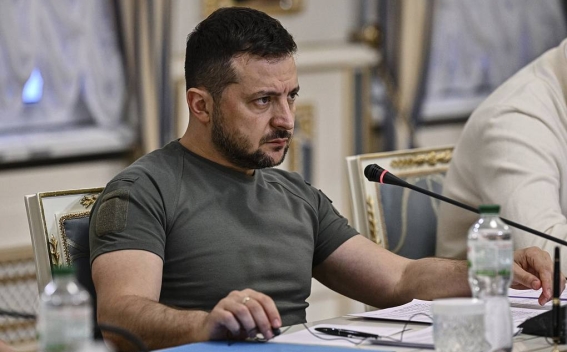 "To acknowledge the impossibility of holding negotiations with President of the Russian Federation Vladimir Putin," the document reads.

Zelensky ordered the country’s government to reinforce Ukrainian defense capabilities by means of increasing the volume of military and technical aid. The president also recommended the Supreme Rada speed up the process of passing relevant draft laws on the introduction of sanctions against Russia.