Armenian FM, USAID Administrator discuss the prospects of expansion of programs in Armenia 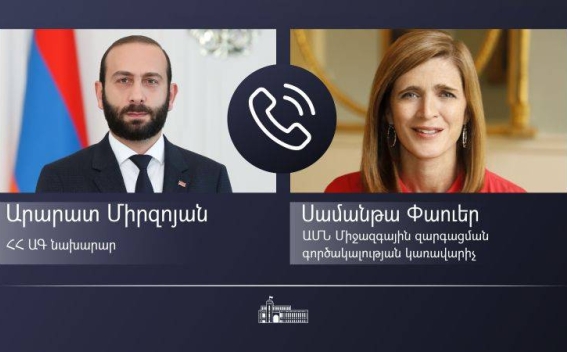 On October 4, Foreign Minister of Armenia Ararat Mirzoyan had a phone conversation with Samantha Power, the Administrator of the US Agency of International Development.

The Minister of Foreign Affairs of Armenia and the Director of USAID exchanged views on the prospects of expanding the programs implemented by the Agency in Armenia. Prospects of further strengthening cooperation in the fight against corruption were discussed.

The interlocutors touched upon issues of regional and international agenda.

Ararat Mirzoyan presented to Samantha Power the details of the meeting with the Foreign Minister of Azerbaijan in Geneva. The consequences of the latest Azerbaijani aggression, the withdrawal of the Azerbaijani troops from the sovereign territory of the Republic of Armenia were also touched upon.